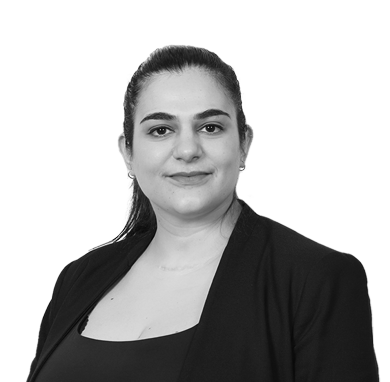 Angela Falqui is an Associate Lawyer at the Lyon office.

Angela graduated in Law at the University of Bologna in 2016 with a thesis on the “The Fiscal Compact Treaty and the transposition in some European countries of the balanced budget rule. Analysis and Comparisons” a thesis on European Law and Public Comparative Law. During the same year Angela completed a Master Degree on International Law at the University of Paris X – Nanterre. In 2013, Angela had obtained an Italian three-year degree and a French Licence in Italian and French Law. Angela is also qualified ad a French-Italian legal operator.

Prior to joining Giambrone, Angela has worked at Macchi di Cellere Gangemi in Paris and, before that, she has worked as a trainee at Court in Bologna.

Angela joined Giambrone in 2016 after being admitted to the Bar of Sassari as a Trainee Lawyer, Angela provides valuable support and insights in matters relating to immigration, corporate and commercial law and real estate. Angela's areas of expertise include international law, in particular, international contract law, French law and comparative procedures between Italy and France, European Law and EU regulations, Real Estate, immigration law and she has gained experience in Tunisian law.

Some of her recent cases include:

Angela is fluent in Italian, English, French and Spanish