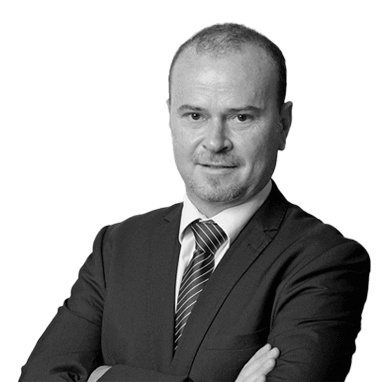 Originally from Zimbabwe where he studied and was admitted in South Africa as an attorney in 1995, Daniel qualified and practised in the litigation and recoveries department at Snyman De Jager Attorneys in Pretoria, prior to deciding to relocate to the UK.

Daniel will head our planned South African desk dividing his time between the Cape Town office and the UK once it is established. He also leads the LGBT division of Giambrone.

On arrival in the UK, he was employed at various finance companies, including Euro Sales Finance Plc (previously part of RBS) which specialised in financial factoring, invoice discounting, company collect-outs and dealing with collections and recoveries.

He completed the Qualified Lawyers Transfer Test (QLTT) through OneWorld College and BPP Law School in London. He then joined a London based law firm where he gained experience in the international real estate and property developments after which he was admitted as a solicitor in England and Wales in 2010.

Daniel’s expertise extends in more than one direction and he focuses mainly on the following areas:

Daniel, as head of the LBGT division, and provides a bespoke and personal service to our LGBT clients. Daniel has a record of success in LGBT discrimination cases as well as resolving complex financial arrangements in divorce.