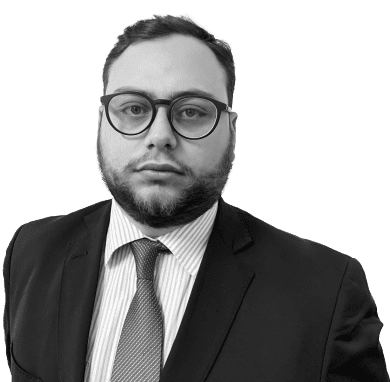 Education: Degree from the Sorbonne University of

Paris in "LEA, Foreign Languages Applied to Law and Economics

Manfredi represents in Giambrone the first point of contact for all client requests, particularly in the Spanish market of our office in Barcelona.

During his studies, he was a trainee student in Fuerteventura, Canary Islands, in Administrative and Financial Management and Human Resources Management of two hotels of a prestigious hotel chain in the Iberian Peninsula.

She holds a Bachelor's degree from the Sorbonne University of Paris in "LEA, Foreign Languages Applied to Law and Economics" with a specialization in Swedish and Spanish. He is currently completing the first level of his master's degree at the University Sorbonne Nouvelle III in Paris in Iberian Studies. Manfredi was part of the Erasmus+ program for one year, studying at the Complutense University of Madrid.

Manfredi is fluent in English, French, and Spanish and has a basic knowledge of Swedish and German.