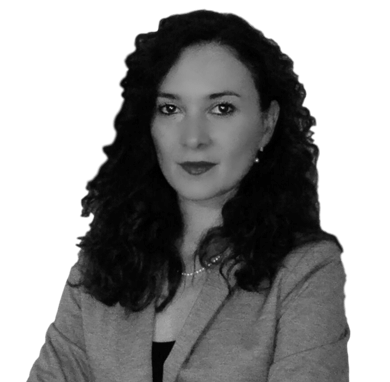 Rosanna Serraino is a Senior Associate at the Palermo Office.

Rosanna Serraino practices in the Litigation Department. She has in-depth knowledge of Italian civil procedure rules, advising on matters of contract law, professional negligence, international disputes and insurance litigation. She also represents Italian and foreign companies in relation to debt collection and contractual disputes in Italy. She also routinely deals with procedures regulated by the European Law.

Rosanna graduated from the University of Palermo with highest honours. She is fluent in Italian, English and French and has a basic knowledge of Spanish, German and Arabic.

In September 2020, she participated in a study promoted by the European Commission on the application and function of the European Regulation 805/2004 ('Evaluation of Regulation (EC) 805/2004 creating a European enforcement order for uncontested claims'). Specifically, our lawyer Serraino was interviewed by the company Deloitte Consulting & Advisory (Brussels office) appointed by the Commission to conduct the study.

Rosanna is fluent in Italian, English and French.